The unremarkable adventures of a boy who grew up trying very hard to become a woman. My success has been partial; the fun has been enormous and the problems often overwhelming. 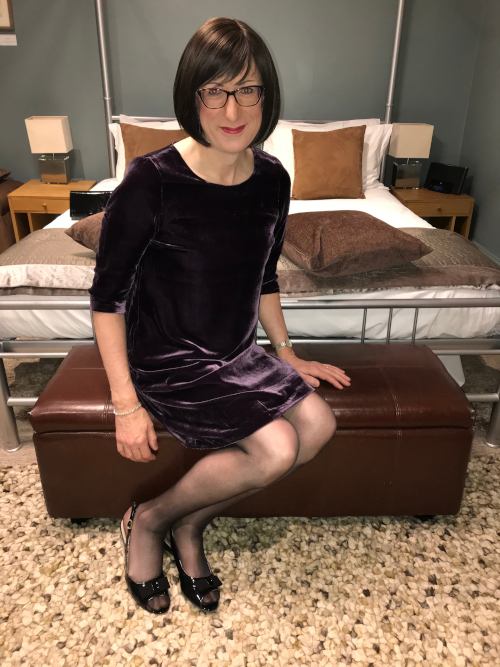 I’m really not sure where the time goes. As I looked through my blog posts I realised that the last one dates back to August. To anybody sufficiently interested in my activities to have made a repeat visit during that period, I can only apologise for neglecting my site so comprehensively!

As I have complained elsewhere, I have a rather all-consuming job. In August I took two weeks holiday and did no work at all – I didn’t look at my work e-mail once. This was quite a wrench but it made me realise how run-down I’ve become. Work has taken me over and eaten me up. After two weeks I was rested and refreshed, and feeling human again…only to be plunged headlong into the maelstrom of work respoinsibilities again. Even by my usual standards the last few months have been hard – but hardest of all on my wife, who has to tolerate an exhausted and stressed partner.

This photo was taken on a late-October trip to Brighton, a city I’d barely visited previously. This proved to be a much-needed and restorative excursion! I had a wonderful weekend, with two dinners out in great company, dancing, shopping and a drink or two. Actually, these days, a drink or two is an increasingly accurate picture of my consumption. Aside from the growing awareness of the harm caused by alcohol, in my advancing years the biggest problem is that alcohol makes me sleepy – and thus poor company. At 2 am after an evening of soft drinks I’m still on the dancefloor and remaining upright is not a challenge! 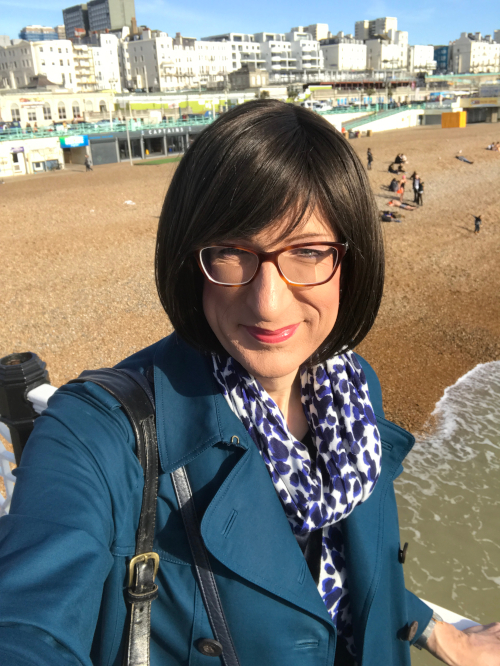 Just a girl next door...I was born male, but from my earliest years a part of me deep down always wanted desperately to be a girl. She has grown up with me, and needs to escape, breathe the air and walk the green hills of Yorkshire from time to time. Although she's concealed by clouds for most of the time, the girl within is tied up with all that people think is best in me. These pages give her a little space to articulate how she feels. View all posts by Karen Smith